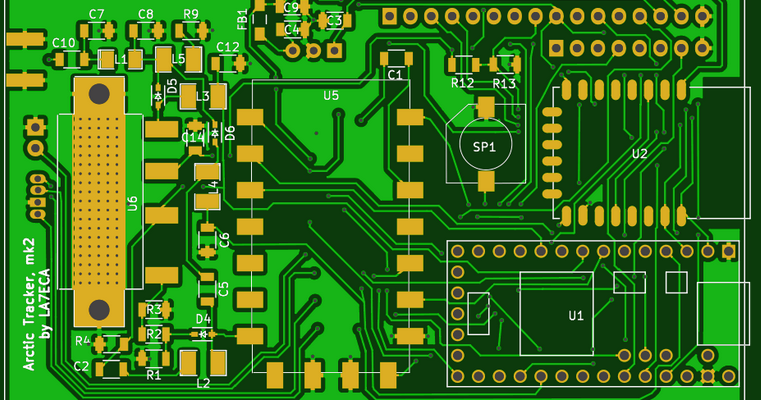 We have been working for some time, designing a more complete prototype Arctic Tracker. The plan is to produce up to 10 units, with financial support from the Norwegian Radio Relay League. We will use a Tekal 12.30 aluminum enclosure (like the Polaric Tracker), it will have a display, and a PA module that can deliver 5 watts of RF output. A 2-layer PCB has been designed and will arrive later this week. The main differences between this prototype and the first lab-model are: